Jason Raff is a producer and director whose company, Furry Prawn Productions has an overall deal with NBC Universal.

America’s Got talent is hosted by Terry Crews, and judged by Simon Cowell, Heidi Klum, Sofia Vergara, and Howie Mandel. Viewers select the ultimate winner, who receives a one million dollar grand prize.

In 2014 the Guinness Book of World 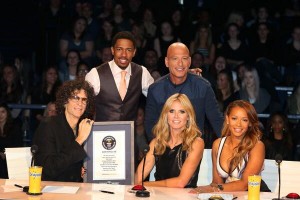 Records named the Got Talent franchise “the World’s most successful reality TV format.”  The brand has been adapted for broadcast in over 184 countries including versions across Europe, Asia Pacific, the Middle East, Africa and the Americas. The show’s initial success in America is credited with the eventual launch of the British series, and the overall global launch of the Got Talent franchise. 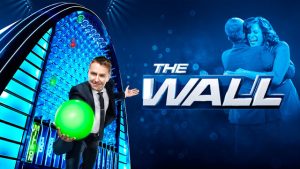 In 2017 and 2018 he was the Executive Consulting Producer for the NBC game show, The Wall. From executive producer and NBA superstar LeBron James and developed and executive produced by Andrew Glassman, The Wall is the fastest and simplest game with more than $12 million on the line every night — and up to $3 million on a single heart-stopping drop. At four-stories high, “The Wall” was built for one purpose — to change people’s lives.

In the winter of 2008 Raff was a Consulting Producer on the dating show, Momma’s Boys along with producers Andrew Glassman and Ryan Seacrest. The “Mother Of All Dating Shows” aired on NBC.  About the series, The Wall Street Journal wrote “Nothing so enthralling — in its pathological way — has come along in this TV genre for many a moon.”

In late 2007, Raff produced Clash of the Choirs, a live television event that aired the week before Christmas. Raff served as the Executive Producer as well a

In 2006 Raff was Executive Producer, Writer, and Director of Will & Grace: Say Goodnight Gracie, a retrospective special that aired in May 2006 as a companion to the series finale of the groundbreaking sitcom. The special drew in 12.9 million viewers and won the hour in adults 18-49. In addition, it delivered NBC’s highest 18-49 rating in that time slot for the entire year. It was awarded an CINE Golden Eagle, for outstanding production in the comedy category.

Traveling to small communities across the country, Three Wishes helped change the lives of deserving individuals by turning their dreams into reality. Raff served as the Executive Producer and Co-Director throughout the show’s nine episodes.  The Parents Television Council named Three Wishes one of the best prime time shows for family viewing.

From 2003 to 2005, Raff helped lead the successful four season run of Average Joe on NBC. He served as Co-Executive Producer on Average Joe: The Joes Strike Back. He served as Supervising Producer for the first three seasons, and co-directed the show’s premiere season.

In June 2005, Raff was Executive Producer of The Greatest American, a co-venture project with the Discovery Channel, AOL and NBC. Matt Lauer hosted this four-part interactive television event that unfolded over seven hours. Each week, viewers voting narrowed down the 100 nominees until the ‘Greatest American’ was announced during the live finale.

Siegfried and Roy: The Miracle aired in September 2004, with Raff heading up production as Director and Executive Producer. The show featured the first interview with Siegfried and Roy since Roy Horn was attacked by one of his own tigers on stage. 14.5 million viewers tuned in for the one-hour special, hosted by California’s First Lady, Maria Shriver. 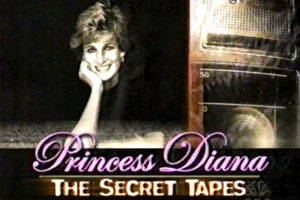 Raff produced yet another worldwide exclusive in March 2004 – Princess Diana: The Secret Tapes. This two-hour special acquired secret audio recordings and videotapes made by the Princess of Wales and broadcast them for the first time. This program aired over two consecutive Thursdays, with over 30 million collective viewers.

Prior to joining NBC Universal Television Studios, Raff spent four years as a producer for Dateline NBC and five years at NBC’s Today show. At NBC, his stories won an Emmy, Edward R. Murrow Award, and a Cine Golden Eagle Award (for excellence in documentary production).

He has also produced at CNBC, Lifetime, Comedy Central, and various other television programs. He began his career in Boston directing sporting events for local cable and producing morning television at WCVB-TV.

Raff is co-author of the book Tricks of the Trade: A Consumer Survival Guide. Published by Dell, the book was based on the undercover consumer investigations he led while at NBC News and a photographer.

He is a member of the Directors Guild of America.

He lives in Santa Monica, CA.