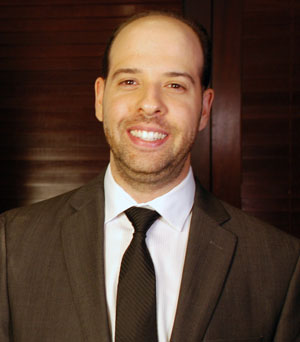 Adam has worked in the NBCUniversal family since 2011. He was previously Director of Development for Steele Mill Productions where he worked with Tom Shelly to help conceive the original concept for “Get Out Alive with Bear Grylls” and contributed to the development of “American Dream Builders,” “Love in the Wild II,” and various presentations.

Previously, Adam was Manager of Development at Zodiak USA where he was instrumental in the conception and development of “Jessica Simpson’s The Price of Beauty.” With a knack for working with talent, he’s created vehicles for celebrities ranging from funny man Ken Jeong to superstar director Kenny Ortega. He started his career working in comedy for veteran producer / director John Moffitt at Moffitt-Lee Productions and HBO’s “The Comedy Festival.”

A lifelong volunteer, Adam was a top fundraiser for the Leukemia and Lymphoma Society’s “Man and Woman of the Year” and currently sits on the program’s advisory board. From producing a cancer research benefit with Jeffrey Ross and Russell Peters to orchestrating a star-studded concert with the late Marvin Hamlisch for arts education, Adam is passionate about using entertainment to inspire social change.