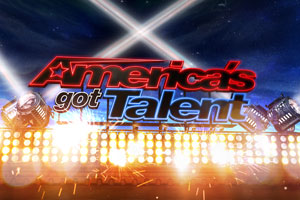 “America’s Got Talent,” NBC’s hit summer series from “American Idol” producers FremantleMedia North America and Simon Cowell’s SYCO Television, returns this summer with the hottest performers from across the country ready to compete in the blockbuster reality show’s fourteenth season.

America’s Got Talent finished the 2017-18 season as television’s #1 alternative series in adults 18-49 and total viewers, with the Tuesday edition averaging a 2.8 rating in adults 18-49 and 14.2 million viewers overall in “live plus seven day” results from Nielsen Media Research. AGT once again dominated the summer television landscape, towering by +5.4 million viewers over the summer’s next most-watched entertainment program.

In 2014 the The Got Talent franchise officially entered the Guinness Book of World Records as “the World’s most successful reality TV format.” The brand, which started in the USA, has subsequently been adapted for broadcast in 58 countries including versions across Europe, Asia Pacific, the Middle East, Africa and the Americas.