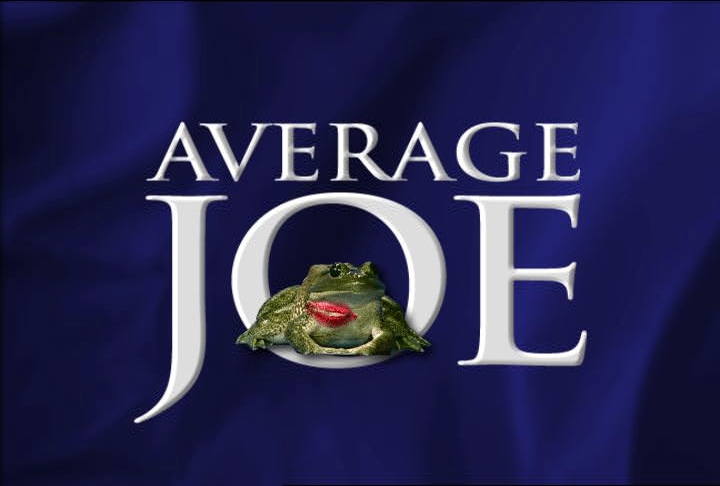 “Average Joe” had its series premiere on November 3, 2003 and ran for four seasons on NBC.

In Season 1 stunning former beauty queen and NFL cheerleader Melana Scantlin takes up residence in a beautiful Palm Springs mansion, expecting to meet 16 Prince Charmings who will vie to win her heart. What she doesn’t know is that the men she’s about to meet are actually “Average Joes” – nice guys with great hearts, but admittedly average looks – some even describing themselves as nerds and geeks! While Melana must decide how to proceed on a series of group and one-on-one dates, the guys form bonds and rivalries, experiencing a wide range of emotional ups and downs as the series unfolds.

Season 2, “Average Joe: Hawaii,” premiered on January 5, 2004 and featured former Miss USA contestant and model Larissa Meek, who was swept away to a secluded island paradise for the romantic adventure of a lifetime.

The show’s premise flipped for its third season, “Average Joe: Adam Returns,” premiering on March 15, 2004. Nearly 20 million people watched as Adam Mesh had his heart broken in Season 1 – but he came back to call the shots as 19 women tried to win his heart.

The fourth and final season, entitled “Average Joe: The Joes Strike Back,” aired in 2005. This time, eliminated Average Joes received a complete makeover and were given a second chance to win Anna Chudoba’s heart. In the end, Anna’s choice surprised America and upset the Joe’s losing streak once and for all.

When it premiered in November of 2003, it got NBC’s highest in-season rating with regular programming in its time slot since May 2002 and the highest Adults 18-49 result for a new reality-show series premiere on any network since January 2003.  Airing on monday at 10pm,  it averaged a 5.8 rating, 15 share among Adults 18-49 and 11.2 million viewers overall.