BURBANK, Calif. – December 19, 2007 – In the spirit of the season, NBC will give viewers an expanded season finale of its popular new live competition show “Clash of the Choirs” to two hours on Thursday, December 20 (8-10 p.m. ET; formerly 8-9 p.m. ET), it was announced today by Craig Plestis, Executive Vice President, Alternative Programming, Development and Specials, NBC Entertainment. 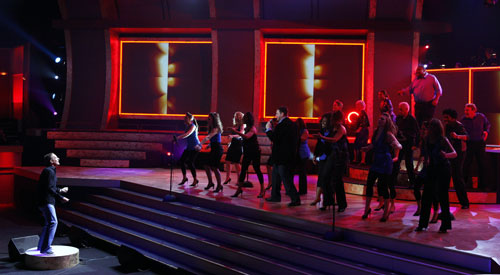 The extra hour will showcase longer background features and allow for more songs, among other features.

NBC tapped five musical superstars — Michael Bolton, Patti LaBelle, Nick Lachey, Kelly Rowland and Blake Shelton — to embark on a musical challenge and create America’s “greatest” choir on “Clash of the Choirs,” which began December 17. Two broadcasts have aired live over the past two nights and will continue through Thursday, December 20 from New York as choirs are voted off by viewers at home.

“This musical series has struck a powerful chord among viewers during this holiday season. It’s amazing how many phone calls and e-mails have poured in from viewers these past few days asking NBC to bring the show back or at least give them more,” said Plestis. “We’ve listened and we are giving them what they have asked for with this expanded finale.”

Through its first two nights, “Clash of the Choirs” is averaging a 2.4 rating, 7 share in adults 18-49 and 7.9 million viewers overall, increasing its audience significantly through the course of both telecasts. “Clash of the Choirs” won its Monday time period among adults 18-34 and its Tuesday slot among women 18-34 and women 18-49. “Clash” is also out-rating ABC’s “Duel” head-to-head in adults 18-49, total viewers and other key ratings categories.

The musicians may have topped the Billboard charts, but they had no idea what was ahead as they now try to bring together many individually gifted singers from each of their hometown cities in a compressed period of time — a daunting task for the celebrities as they travel home to audition the gifted but amateur singers; deal with choir members from very different musical backgrounds and different kinds of vocal training, to create the pitch perfect harmonizing we come to think of when we think of the best and most famous choirs. Add in live performances from New York and viewers have a high-octane competition that might throw off the most polished musical virtuosos. 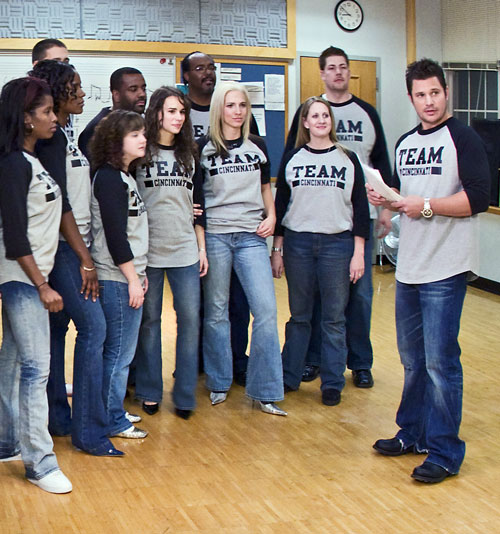 Choirs will be eliminated one by one, until the competition comes down to three choirs on the last evening. Following each choir performance, the alternate celebrity choirmasters and a musical expert will provide commentary critiquing each choir’s performance. Ultimately, the fate of the choirs rest with viewers watching at home as they judge the choir hopefuls each night. Viewers will have the opportunity to vote via phone or at www.nbc.com.

The stakes are high for these accomplished singers, as they perform live on national television for the opportunity to win a grand prize that will benefit their hometown — what better way to give back during the holiday season? The winning choir, along with the hometown celebrity musician, will become instant hometown heroes, by choosing a prize to help their community — anything from renovating a school gym to an auditorium to a constructing a new neighborhood playground. This donated community prize will be a cause or project the winning celebrity is passionate about and will fulfill a community need.

Here are the basic ground rules: Bolton, LaBelle, Lachey, Rowland and Shelton returned to their respective hometown to help discover, nurture and direct a dynamic group of musically gifted, yet amateur singers. After assembling and rehearsing the choirs in their hometowns, the choirs flew to New York to perform live on stage in a musical “sing off” competition over the course of four consecutive nights as America watches and judges from home. As choirmasters, each artist is charged with training their choirs to bring the stage alive with the most energetic and vibrant performances in front of a live studio audience. Bolton, LaBelle, Lachey, Rowland and Shelton’s individual style and charm will be finessed throughout the choreography, costumes and their overall stage presence.